Sam Sharpe is one of Jamaica's national heroes. He was an educated slave who led a peaceful protest that ended in a rebellion. Just before his execution, Sam Sharpe declared "I would rather die on yonder gallows, than live for a minute more in slavery". The rebellion, and Sharpe's subsequent execution, accelerated the abolition of slavery in Jamaica. The Government of Jamaica gave Sam Sharpe the posthumous designation of "Rt. Excellent", and the Sam Sharpe Teacher's College near Montego Bay was named in his honor.

"Sam Sharpe in Prison" is taken from Sir Philip Sherlock's Shout for Freedom.

I love the strong and testing things, the horse
that will not take a bridle, mule
that kick and fight against the bit,
the bull that will not take a rope,
with these I love to test myself; the strength
that fight to do the most in that last stretch
of cane-piece work before the sundown time.
I love to row a boat against the sea,
to judge the waves and make the current help.
I love the strong and fighting things,
and  I do miss the belly laugh at evening time,
and talk and singing with my brothers them
at night time on we mountain top.
And now the darkness fall upon them all
on Thomas Dove, and Gardner and on William James
from down at Ducketts; and on Johnson from Retrieve,
and Dehaney who did tell them straight
he know they have determined he must hang
so hang him then and he will take with him
whatever things he know,
and will not sign confession.
These all have gone. How I to stay?
These all be dead. How I to live?

From Our Yard. Jamaican Poetry Since Independence. No. 2 Jamaica 21 Anthology Series. Edited by Pamela Mordecai. Institute of Jamaica Publications Limited. 1987
at January 12, 2012

There this Sam Harps poem I learnt in Primary school. I would love to see it hear read it again. It goes something like this ..."daddy Sharpe saw a thousand black bodies in the sun, He felt the burn of the whistling white mans whip. He saw his blaxk brothers blood glisten in the sun.... Hear the same sad songs... I'd rather die on yonder gallows than live in slavery..

Thanks for your comment. I know of that poem. I will try to track it down and post it to the blog. It is a powerful poem about the universal desire for freedom and the resolve of the human spirit.

Hi Yasmin yes can you please get that poem. It is called Sam Sharpe by Neville Dawes.I need it for black history month..

Hi Chelsy. I had published that poem to the blog previously. Here is the link:http://poetsofthecaribbean.blogspot.com/2012/01/sam-sharpe-in-prison-by-philip-sherlock.html. Enjoy.

So, I've noticed that some of my blog readers search for a listing of Caribbean poets. There might be some lists around, but with many ...

From Cane Field to the Sea 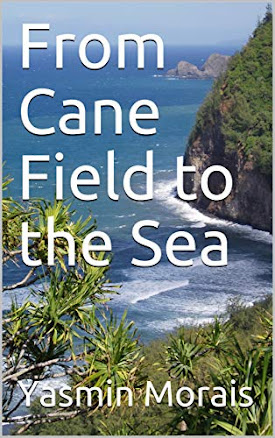 Yasmin Morais
From elementary school, I have always had a passion for stories and poems - reading them, and writing them. After many years of hesitation, I have finally given myself permission to call myself a writer. I self-published my first poetry collection, From Cane Field to the Sea. It contains reflections on my life growing up in Jamaica and my immigrant experience in Toronto. My short story, Rashida's Letter, won third place in the Tallahassee Writers' Association contest. I have also published in The Potomac, Pen and Prosper, and Gotham Writers. With respect to academic writing, I have published journal articles, book chapter, book reviews and blog posts.